This review has been a long time coming, but I haven’t been able to get around to sitting down and just doing it!

I received this ARC in exchange for an honest review from Scholastic! 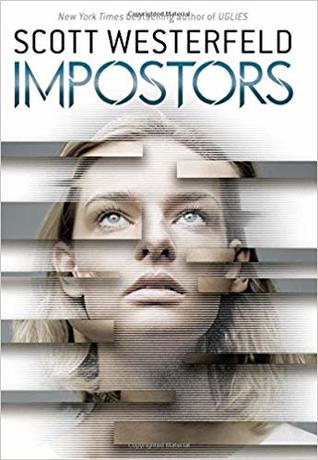 Plot:
Frey and Rafi are inseparable . . . but very few people have ever seen them together. This is because Frey is Rafi’s double, raised in the shadows of their rich father’s fortress. While Rafi has been taught to charm, Frey has been taught to kill. Frey only exists to protect her sister. There is no other part of her life. Frey has never been out in the world on her own – until her father sends her in Rafi’s place to act as collateral for a dangerous deal. Everyone thinks she’s her sister – but Col, the son of a rival leader, is starting to get close enough to tell the difference. As the stakes grow higher and higher, Frey must decide whether she can trust him – or anyone in her life.

I was so lucky to receive this book from Scholastic. I hadn’t ever read the Uglies series, so I was happy to see that you don’t have to read that series to read this one.

I found myself getting enthralled into this novel so quickly. It was immediately action filled from the very first page until the very last.

This novel had a very interesting plot, endless action, and incredible writing which made you never feel the need to put the novel down. Another thing that made you stay interested were the short chapters, which I love in any book. It made the book and plot points go by so quickly without it being obvious.

The characters in this novel were also so well written. The main characters were obviously great, but Scott Westerfeld did an awesome job making the minor characters just as interesting as the main ones.

All in all I think this novel is a great read for anyone looking for a fast paced, intense, and fun novel. I’m definitely looking forward to picking the next novel up, especially with the way this one ended!

That concludes my review for Imposters by Scott Westerfeld.