Today I have a fun cover reveal for you all!

I’m just going to jump right into the cover reveal! 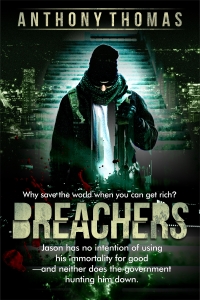 Plot:
Jason Conners is the last person you’d expect to run into a burning building, unless of course there was something inside worth stealing. Call him what you want: criminal, thief, asshole, but hero? Absolutely not. Jason’s questionable behavior and disturbing antics can only be attributed to one secret.

He can change the future, but with great power comes great responsibility? Hell no. His ability makes him the best thief in the city, and nothing is off-limits. Until Jason’s carefree attitude gains the attention of the Rogues, and the government.

The Rogues want him to stop catastrophic events from taking place, and the government has their own agenda. When the hunt begins, Jason is caught in the crosshairs and learns that breaching is not as limitless as he thought.

Can this anti-hero give up a life of easy money and become the savior the Rogues need, or will it cost him everything—even his immortality? 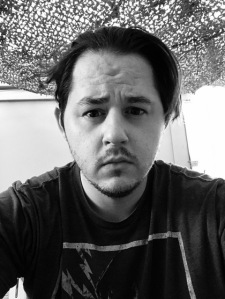 Anthony Thomas settled in the city of sin, though part of him will always remain in the small farming town in Northern California. When he’s not hunched over a keyboard, Anthony enjoys spending time with his wife, daughter and two dogs.

Alright everyone! That concludes my cover reveal for Breachers by Anthony Thomas! I hope you all enjoyed and decide to check this novel out!

Thanks so much for reading and don’t forget to follow my blog as well as my other social media sites!